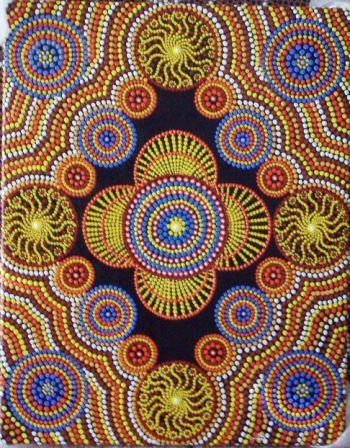 In a short span of almost 4 years, 3D projection mapping has developed from science lab to the advertising agency; and consumers are head over heels obsessed with the technology. This article will provide you with an insight on the enhanced pace at which technologies like 3D have welcomed and adopted. The following links below contain videos that will give you an idea on how it all begin as a neat bit of lab geekery which has now been turned into an art itself.

The accelerated speed-Faster and Faster A Few years back, an internet analyst at Morgan Stanley “Mary Meeker”, demonstrated the whole clear picture of this phenomenon with the help of a chart – adoption of new tech is getting faster and faster. Though the data she presented was actually based on the consumer technology (iPhone, AOL, Netscape and the, NTT Docomo), equal amount of speed for adoption is driving up the speed of growth in business enterprise and commercial technologies too. Let’s see how far and with what amount of pace 3D projection mapping has come.

The videos I managed to collect will provide the evidence on the history of 3D projection mapping. You can easily witness the progression of what started out as a simple lab experiment during the year 2007 has now become the first choice of the enterprises as advertising tactic. The videos will show you how this amazing technology took over everything in the past few years and what it has to offer, it will eave you shell shocked, just like it left me. 4 years Journey-From the lab to the street.

READ  Helpful Hints About The Hobby Of Arts And Crafts

The leaps were taken to different levels continuously by NuFormer. I witnessed the first 3D projection mapping was tried commercially for Samsung, during 2010 in Amsterdam on the facade of the Beurs van Berlage. It shows extremely unorthodox effects where the combination of new kind of topography of the building and shadows were used:

Around the end of last year (2011), this really cool 3D projection was created onto a single New Balance trainer. It was a fine use of technology on a simple and a small item but the class and the idea was so big, it really strikes a chord. The proper use of saturation using colored light was displayed in this video:

Quite recently, at a cinema, the Toyota 3D projection mapping advert was played. The target of the advert (Shoot in London) was to display the next level of 3D mapping with a catchy theme”Get Your Energy Back”: the content of this advert and the way it was narrated was quite admirable. This advert about the Toyota hybrid engine sends a very simple but powerful message. It focuses on delivering a message which represents the initial signs of the matured technology:

Brands like Adidas have combined all the elements of this technology that were being “in” for the past few years: the effective use of light to accentuate objects; the buildings getting life; the use of shadows and darkness effect and developing a 3D optical illusion; to narrate a story:

One point however, noticeable here is that content plays a vital role in differentiating the product or a thing regardless of the kind and level of technology being used. People have the habit of acknowledging the stories that are narrated in a proper mannerism, which makes the content the most important aspect surely.